Ted Sprague is a character in the TV series Heroes.

Born with a superpower to emit radioactivity, Ted Sprague went on the run, trying not to hurt people with his power.

Ted Sprague was the son of Mindy Sprague (father unknown). and the husband of Karen Sprague. The specifics of his childhood are unknown.  He was an evolved human who had the ability to emit radiation from his body.

Matt and Audrey investigate the house and find signs of severe radiation damage throughout: photographs have the faces singed out, there are burns on the keyboard of a computer and around a doorknob, and nearly everything in the bedroom, where the radiation count is highest, is burned and melted into scrap.

Matt finds a chemotherapy prescription belonging to Karen Sprague and issued by Dr. Fresco. He and Audrey travel to Karen's hospital, where they encounter Ted watching vigil at his dying wife's bedside. He readily admits to accidentally killing Dr. Fresco when they argued about Karen's prognosis, and only resists when Matt and Audrey try to take him away from his wife's bedside. He grabs a nurse and holds her hostage, and tells them that he doesn't know what will happen if they shoot him... he might even explode. Matt uses his telepathic abilities to calm Ted by relaying messages from a comatose Karen. Ted releases the nurse, whose arm is covered in radiation burns. After a last reminiscence, Karen dies, and Ted agrees to go peaceably with Audrey for questioning. Later, as he is being processed by the police, two small marks are apparent on his neck. They are identical to marks Matt discovers on his own neck.

Ted is sitting alone in an interrogation room when Matt Parkman and Audrey Hanson come in. Audrey gives Theodore a glass of water. Theodore complains that they won't let him go to his wife's funeral. Audrey tells him that they need him to answer a few more questions. She asks Ted how he's able to do what he does. Ted exclaims that nothing matters since he killed his wife. Matt glances at his radiation badge and notices it's turned red. Ted screams that he just wants to be left alone and doesn't know anything about any nuclear material. Matt tells him to relax, but Ted just gets angrier. He tells them out of frustration that if they want him to be the bad guy then he'll blow the place apart. He grabs the glass of water and it quickly begins boiling. Audrey threatens to shoot him and Ted tells her to just do it. Matt tries to calm Ted down by showing that he's not alone in having abnormal powers. He tells Ted they're just trying to understand what's going on and to relax. He manages to calm Ted down and tells him to take him back to when this all started.

Matt hears Ted think that he blacked out and when he woke up things just started dying. Remembering his own experiences, Matt asks him for how long he blacked out and whether he was drinking. He asks if when he woke up he had bruises on his arms. Ted shows them the mark on his neck and Matt shows the same marks on his own neck. Ted explains that he was in Kansas a few months back having sold a dialysis machine to a university hospital. He went to the hotel bar where he saw a couple from Wyoming, a few professors, and a student from Haiti. The next thing he knew he woke up in his car in Arizona two days after his abduction with cuts and bruises on him. Matt asks Ted if he feels sick at all or gets headaches and Ted admits he has headaches. Audrey asks Ted if there are any more dead bodies that they need to know about and Matt defends him, telling Audrey that it's not his fault. Matt tells Ted that he, too, blacked out and lost two days, and now he can't stop hearing people's thoughts. Matt offers a description of the Haitian man Ted saw at the bar and they confirm that they both saw the same man right before they blacked out. Agent Elisa Thayer comes in and several agents take Ted away. As he's being escorted out, Ted tells Matt to find the Haitian. Later, Ted escapes, burning a car in the process.

Ted receives an IM from a user named "Wireless" on a laptop in his cabin. After confirming that he currently does not have an Internet connection, he sends a reply asking how this is possible. When he receives a schematic for a pneumatic syringe, Ted suggests that he and "Wireless" meet. A woman standing behind him introduces herself as Hana Gitelman and the two compareMarks.

Ted visits his wife's grave. He tells her that he misses her and that "they" are going to pay for what they did. He places some flowers down which quickly wilt away due to Ted's radiation. The grass all around Ted also wilts away. He tells her that she's not going to like what he has to do and so he has come to say goodbye. Matt meets Ted Sprague in a cemetery. Ted tells Matt that he has found out that the Marks on their necks are because they're being tracked. Ted tells Matt that he had his blood tested and that the isotope is in his blood and bets that it's in Matt's as well. Ted encourages Matt to join forces with Hana and him, telling him he can be a hero, and that they need his telepathic power to be successful. Later, at the Bennets' home, Ted and Matt take the family hostage (including Claire Bennet).

Ted and Matt break into the Bennets' home to get information on what "the Company" has done to them. They are interrupted by the Bennet family returning home. Matt wants to leave but Ted insists that they confront them there and then. Ted threatens to get "very bright and very hot" unless Mr. Bennet gives them some answers. He wants to find a cure for what's happening to them and if there is no cure he'll kill everyone. After Mr. Bennet tries to pull a gun on them, Ted loses control and threatens to shoot Sandra. Matt shoots Claire instead (knowing that she will heal) preventing Ted from shooting Sandra.

Ted insists that he stay with the family while Matt and Mr. Bennet go to the paper company to get evidence of their abductions. While they are at the paper factory, Ted practices making fireballs, all the while intimidating his captives. He catches Claire trying to rescue her brother and mother. Ted figures out that Matt and Mr. Bennet have been secretly trying to trick him into not hurting anyone and confronts them when they return. Mr. Bennet gives him his medical file and explains that there is no cure and he has been giving off low level radiation even before he was abducted. Thompson arrives and shoots Ted in the shoulder. Ted completely loses control of his powers, falling to the ground and releasing waves of radiation that set fire to the house. Mr. Bennet tries to sedate Ted but cannot get close enough. Claire manages to get close enough to Ted and sedate him.

Later, Mr. Bennet and Thompson observe a restrained Ted in a secure cell. With help from Mr. Bennet, Matt Parkman breaks Ted out of his cell at Primatech Paper. Mr. Bennet tells Ted through Matt that he is able to create an electromagnetic pulse. Ted's EMP knocks out the alarms in the building. Matt and Ted break Mr. Bennet out of his cell, and they all escape. They then go to the Burnt Toast Diner where they discuss how to bring down the Company. They need to go to New York in order to disable the unit that controls the Company's tracking system. Ted comments that "he's never been there".

Peter Petrelli shows Claire Bennet his sketchbook, containing drawings of the explosion and a picture Claire confirms to be Ted. When Peter explains how he will blow up New York City like a nuclear bomb, Claire is reminded of Ted. Claire explains to Peter and Nathan what happened with Ted in Odessa. Later, Nathan tells Thompson about Ted and the impending explosion.

Ted, Mr. Bennet, and Matt stop at a used car lot to get a car to take them to New York. Ted defrosts and starts a car with his power and they leave. When the three of them arrive in New York, they run into Peter and Claire. Peter's hands start glowing with radiation. Ted asks Bennet what he's doing and he replies that he's absorbing his ability. After being briefed on the predictions of a nuclear explosion destroying New York, Ted decides to go to Nebraska with Peter and Claire to avoid the risk of causing the explosion. Sylar, however, listens to their conversation and calls the FBI to inform them of Ted's location. Ted, Peter, and Claire attempt to leave New York but are instead surrounded by FBI agents. He calls to Peter to run and is pushed to the ground, surprised that Audrey Hanson is the one to catch him. Ted pleads to be put in a concrete cell lined with lead, in order to protect everyone. In transit, Sylar flips the armored vehicle holding Ted. He opens the back door and finds an upside-down Ted saying he has been injured. Sylar says he can help, and proceeds to "help" Ted with the pain.

Ted had the ability to emit radiation. He seemed to have some control over the intensity, but judging from the damage to his home and his accidental killing of Robert Fresco, his ability to control his power was severely limited, possibly more so when he was emotionally agitated.

According to Mr. Bennet, Ted's power is capable of destroying every living thing within a twenty mile radius.Ted could also release an EMP wave, thanks to guidance from Mr. Bennet. Ted could use his powers to start a car. Can emit 1,800 curies (Ci) of radiation without even coming in contact with nuclear material.

Ted is played by Matthew John Armstrong. There was a onother guy with the same power as Ted. Matt found him in Molly's house. He was hiding from Sylar. 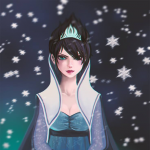 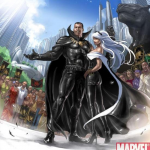